January brought us snow, and lots of it!  So much so in fact that out here in the country a few of the trees have fallen down under the weight of it, taking the telephone lines with them.  That, unfortunately for us, has meant that we’ve been without the internet for three weeks!  Thankfully it’s up and running again now so I’ve got lots to catch up on.

Even with the disruption, you just can’t help loving a SNOW DAY!!!  Especially Dexter who experienced his very first snow this year and absolutely loved it 🙂  It gave me the chance to have a little play with the Christmas present I bought myself as well (a Canon 7D); I’ve got to say I’m enjoying this camera very much, as I hope you can tell from the photos.  Looking forward to playing and experimenting with it a lot more.

Dexter must have though Christmas had come twice this year; first he gets lots of nice presents in December and a couple of weeks later he gets to spend hours and hours running round in this funny, cold white stuff.  He did look a little bit confused to begin with, but when he realised it could be shaped into balls for chasing…he was smitten with the stuff.  That, and he made a new friend in Simon the Snowman (at least he helped to make him – that is if pulling off his stick arms counts as helping) 🙂 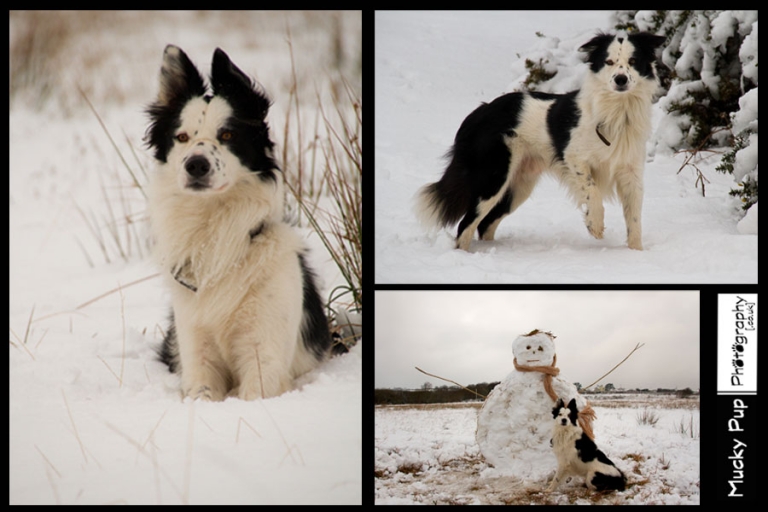 « Jumping in the Deep End!
A Productive Weekend… »