Earlier this year I had the huge pleasure of meeting five amazing dogs and photographing them in the studio as one big group shot.  Now, those of you who’ve visited the studio will know that it’s not a huge space, so I didn’t have a hope in hell of squeezing five dogs into it in one go.  So, I went to the drawing board to work out the best plan to achieve the group shot that “The Gang’s” humans wanted.  A little bit of umm-ing and ahh-ing on my part went by. Then a Eurika moment, followed by some test shots of my own boy in the studio…and a solid plan was formed.

Using a little bit of Photoshop wizardry (along with some meticulous planning) I was able to photograph each dog individually and then carefully merge the single images together to create one big group shot.  And I’ve got to say, I’m pretty pleased with it.  The Gang’s humans are too – this beauty was printed nice and large as a gorgeous aluminium print. 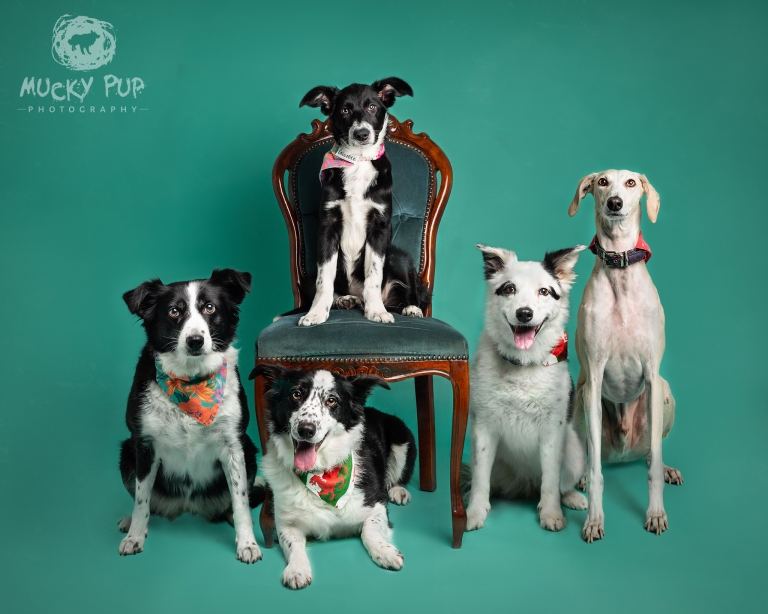