May 4, 2015Posted in Charity, Fundraising

…at least that’s what they tell me! 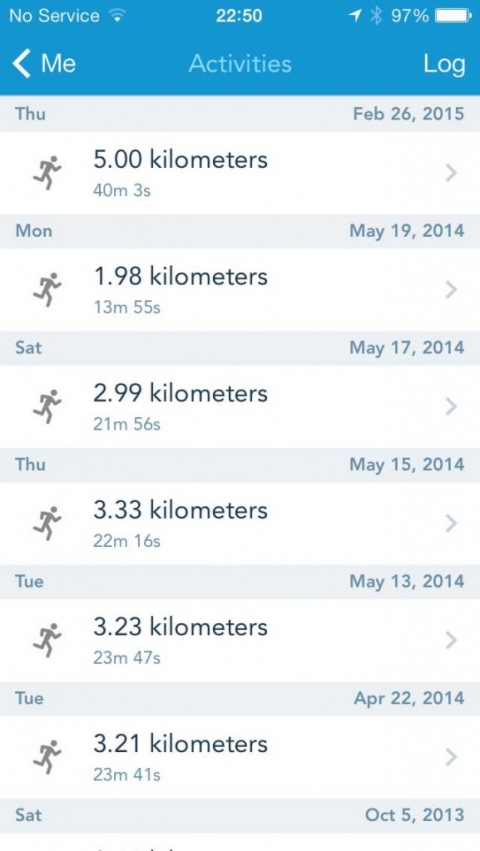 So, I’ve been coerced into running the Swansea Half Marathon this year.  For anyone that knows me, you will be well aware that I’m not a runner – my feeble record on Runkeeper is all the proof you need (and unfortunately I have the evidence to back it up!).  You’ll notice a distinct lack of any running between May 2014 and February 2015 – and you may have guessed that February 26th was the date I lost my marbles and said “why the hell not!  A half marathon can’t be that bad, surely!?!” – I’m willing to bet that I was very, very wrong.

Before February of this year I’d never even run 5km before, let alone the whopping 21km needed in a half marathon!!! – I really didn’t think this through did I?!?  But, there’s no going back now so I figured why not use the run to raise some well deserved funds and awareness for an organisation close to my family’s hearts – Pit Pat in Cardiff – this is the Cardiff branch of The Pituitary Foundation.

A Bit of Background…

Bear with me here, but we’re having a little bit of a flashback: way, way back in December 2001 (when I was just a nimble 17 year old and Nokia phones were all the rage) my Mam dropped the bombshell to me and my sister that she had a brain tumour; she’d been having some symptoms for a while and had her suspicions.  After having an MRI scan, the tumour was confirmed and was serious enough to warrant neurosurgery very early on in the New Year.

After some complications during surgery, she was left with an almost fully intact tumour, and some serious damage to her pituitary gland.  The pituitary gland, to laymen like me and you, is that all powerful gland in your body that controls an insane amount of things (look it up, it’s a seriously crazy important part of your body and it’s only the size of a pea!).  Well, Mam’s was pretty much completely fudged (I’m being polite here folks).  So, she left hospital, after a stint in both Intensive Care and the High Dependency Unit, with not only a brain tumour, but pituitary damage as well and blindness in one eye to boot.

Radiotherapy undertaken in Sheffield has slowed the growth of the tumour, but unfortunately nothing can repair the damage to her pituitary gland and the effect that this has had, and is still having, on her.  To put it bluntly, it’s a life-long, life-changing and life-threatening condition; it’s never going to go away.  At its best it has a daily impact on how Mam lives her life on the most basic level (she has to take multiple tablets, has to inject herself daily and always has to think one step ahead).  At its worst, the condition is a killer – and I’ll be honest, we have come too close for comfort to the worst.  So little is known about the condition – when Mam was first diagnosed with it there was very little help; we just had to learn to deal with it and the risks that came along with it.

Now, here enters PitPat – they’re a support network in Cardiff (the Cardiff branch of the Pituitary Foundantion), who understand the effects of Pituitary damage and disorders and offer support and information to anyone who has, and still is, experiencing the effects.  They’ve offered a lifeline to Mam – she can go to them and they just know what she’s experiencing – there’s no need to explain, they just get it and they’re there to help – that’s so, so important.

…Mam is still here (as well as the tumour, blindness and pituitary damage), but so is PitPat – still offering that unconditional, and much needed, support.

After all they’ve done for Mam, now it’s my time to do do something to thank them.  Which brings us back to the present day and me attempting to run a half marathon.  I’ll be running and raising money for PitPat and would really welcome any donations that anyone is willing to give; so if you feel so inclined, please hit that donate button at the bottom of the page and make a donation via PayPal. 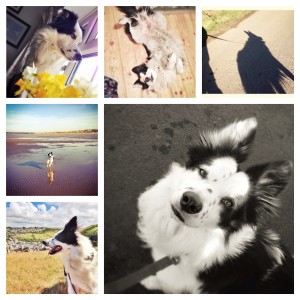 I have my trusty training partner with me (AKA Dexter Dog) and training is well on its way (although, to be honest Dexter really does put me to shame – but in my defence, he does have four legs, so it’s that much easier for him).  There are less than two months to go til the big day so I really do have to get my bum (and legs) in gear.  I’ll keep you all posted on my progress 🙂

Thank you so much for taking the time to read this!  And a huge thank you to anyone who would like to donate 🙂